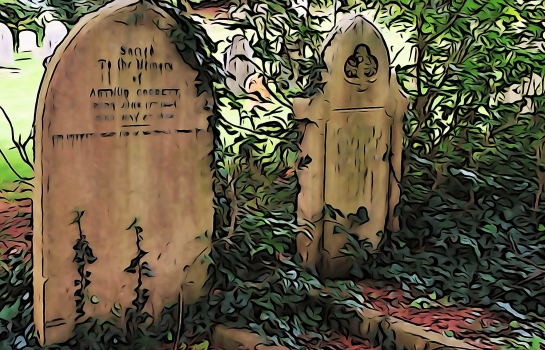 Cemeteries! Do you enjoy visiting them? I don’t mean family cemeteries where your own loved ones are buried, but cemeteries that are unfamiliar to you; ones you may have stumbled upon unexpectedly. I find them fascinating! The older the better! I feel no fear or overwhelming sorrow in them. Instead, I sense a connection with those who have passed on and are buried there. Our custom of immortalizing the dead with markers that tell us a mere fragment of the life that lies beneath, only adds to the mystery of a time-worn graveyard. Visiting a quaint old cemetery is as tranquil to me as a glass of wine on a quiet evening at home. Granted – not quite as delightful, but certainly as tranquil! 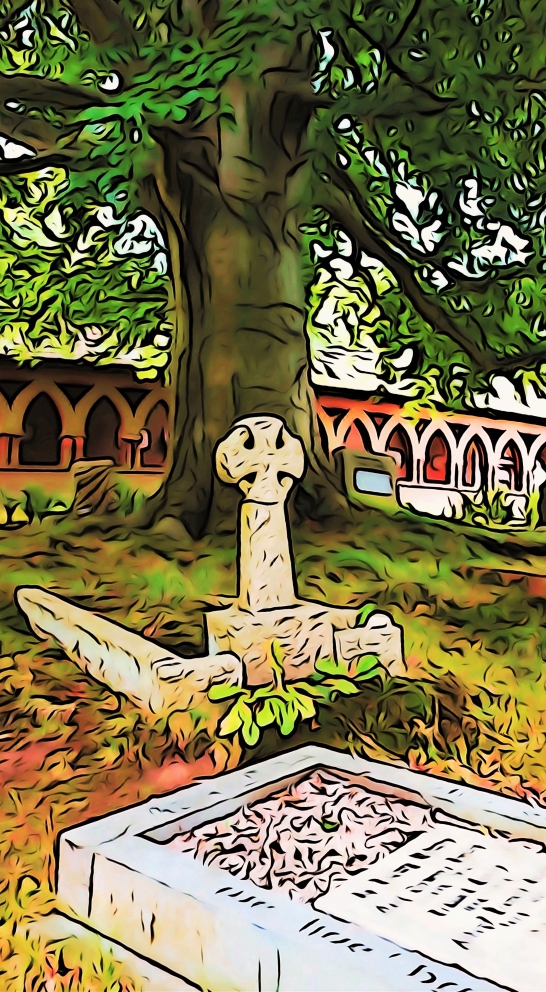 I’d like to tell you about one cemetery in particular. During a trip to England late last summer, we visited a family member who graciously chauffeured us around to several of the most popular sites, but she had a surprise up her sleeve on our way back from Windsor Castle.  Off the beaten path, she pulled her car to a stop along a tree-lined road. We walked a short distance then came upon the most stunning little chapel and cemetery I have ever seen! Nestled in the Surrey countryside, in the village of Compton, is Watts Cemetery and Chapel. 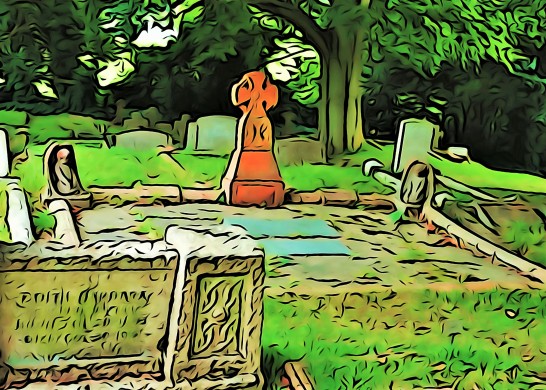 The chapel was designed by artist Mary Watts, wife of Victorian era painter and sculptor George Frederic Watts. After Compton had created a new cemetery, Mary managed the construction of its chapel from 1896 to 1898 with the help of virtually every village resident. Although the beauty of the chapel is remarkable, it is the cemetery that lingers in my mind. It contains a modest number of graves, including those of both George and Mary. There, terracotta cherubs and stone crosses stand not quite erect, but none-the-less proud; while many a headstone is carved with elaborate verse. For me, the cemetery invoked an atmosphere of reverence and serenity – a peaceful resting place indeed. 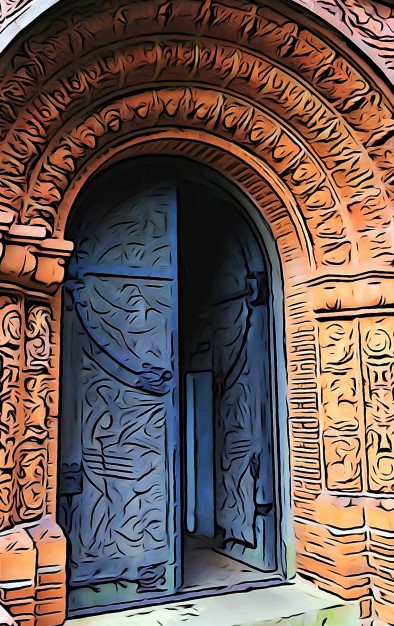 The qualities of reverence, serenity and peace are hard to capture in a photo, but I took a few anyway. I don’t think it’s disrespectful to take pictures in a cemetery if you’re careful not to disturb the quiet reflection of other visitors. I took the photos with my camera set on “illustration” mode quite by accident, but I rather like the effect. It seems to have added a mystical quality to them. I hope you enjoy the photos as much as I do. They are as tranquil to me as a glass of wine on a quiet evening at home!