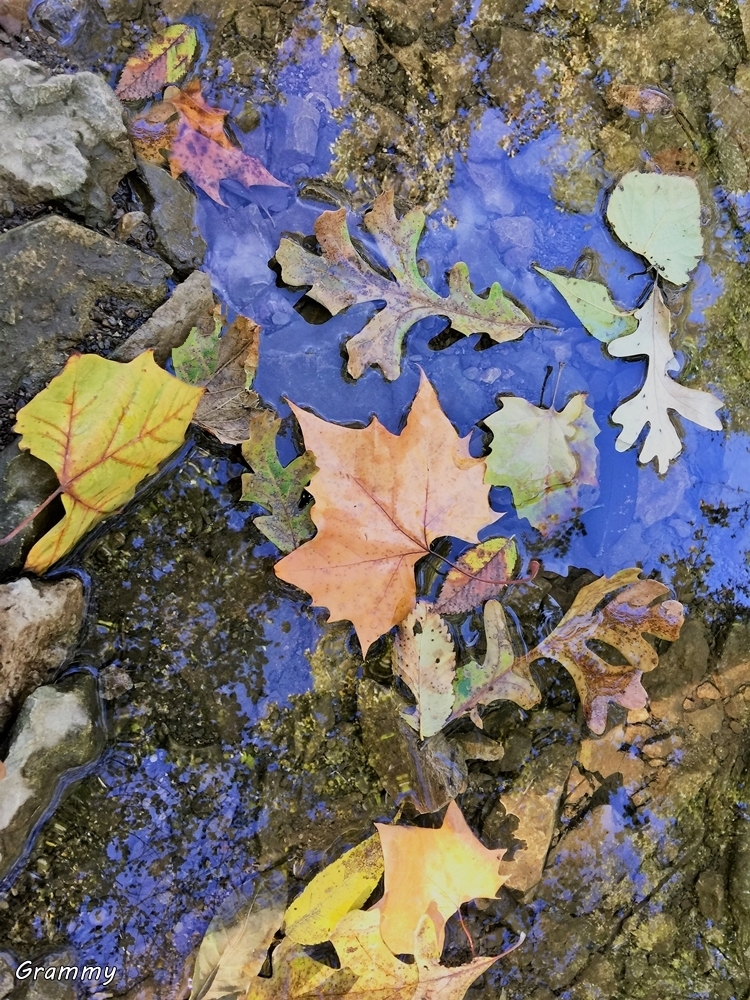 I’m taking a break from travel writing to talk about the weather!

Several weeks ago, it rained for six days in a row where I live. The ground was completely saturated and squished in minor protest beneath my feet. Temporary puddles thought they had found a permanent home. After a week, there was a pause for a day of sunshine… then it rained again. It even briefly snowed! I feared we were going from summer straight into winter with only a short-lived Fall.

More than rain fell during that period of time. Autumn leaves came down too, some prematurely forced from the trees while they were still green. Others were dead and ready to fall anyway, the progression of life returning to the ground from which it came.

We’ve had no new moisture for a couple of days, but a distinct chill lingers in the air. I’ve noticed colorful leaves now float in the puddles that remain, replacing the dull, monotonous leaves from a few weeks ago. Today I caught them swimming in a reflection of beautiful blue sky. Maybe there will be a Fall after all!