This ensemble of carriage, horses, harnesses and uniformed horsemen is a good match, an elegant match, a match fit for a Queen!

It is Britain’s Gold State Coach, which has been used for every royal coronation since George IV was crowned in 1821. The coach weighs four  tons and is 24 feet long and 12 feet high. It features painted panels and rich gilded sculptures. The interior is lined with luxurious satin and velvet.

The coach is managed by 4  horsemen, 9 walking grooms (one of whom walks behind the coach), 6 footmen, and 4 Yeoman of the Guard. It is pulled by a team of eight horses, always Windsor Greys, wearing Red Morocco leather harnesses. The coach is so heavy it can only be pulled at a walk. 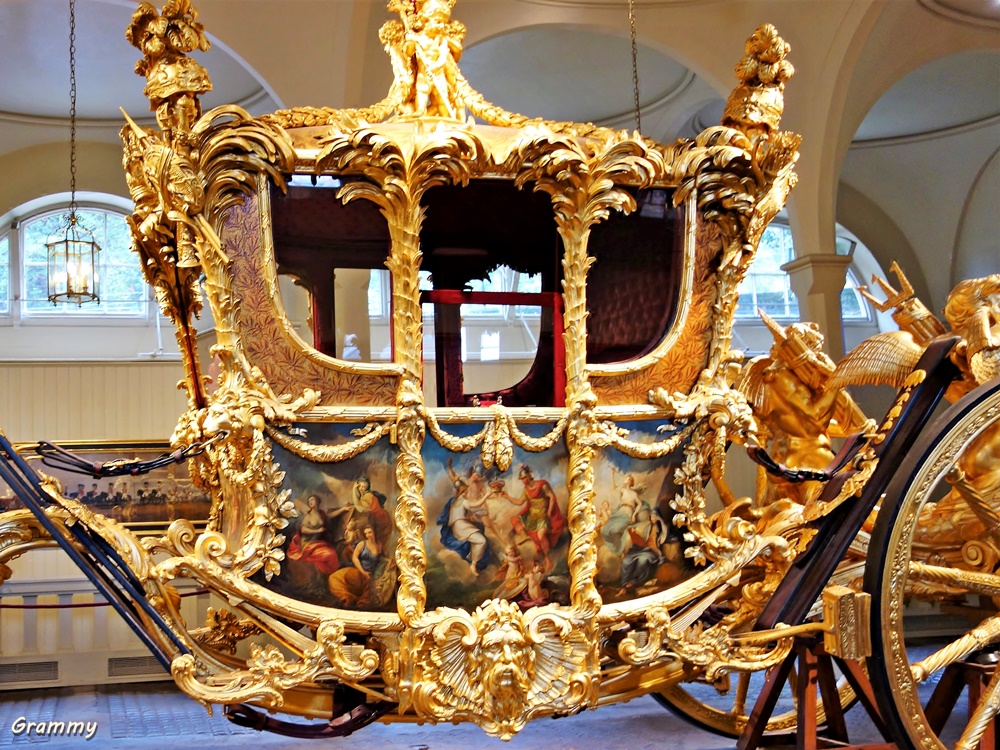 The Gold State Coach is suspended from braces; therefore, it lacks a smooth ride and modern comforts. Queen Victoria would often refuse to ride in it. A later monarch; King George VI said that his journey from the palace to Westminster Abbey for his coronation was “one of the most uncomfortable rides I have ever had in my life”. In addition to her coronation, Queen Elizabeth II used it for both her Silver and Golden Jubilees.

All photos were taken at the Royal Mews of Buckingham Palace in London.