and takes pictures, and travels, and… 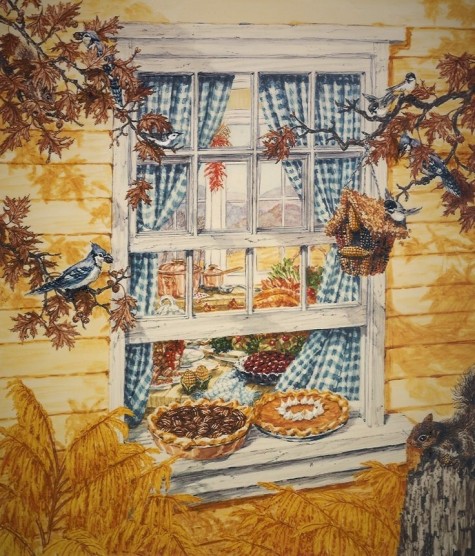 emit themselves from the depths of Hannah’s kitchen

where she busies herself with tasks no one will notice:

and flour swept from the floor after making pies.

I and others in the family offer to help her

but Hannah finds us as useless

as the cold, dead turkey she pats dry.

She fills the bird with stuffing and rubs him with oil,

massaging the skin as if it were a former lover.

She reflects on by-gone days and her early escapades

into the promises and promiscuity of youth.

She glances around the kitchen,

embarrassed by the direction her mind has gone

just one more reason she is glad to be alone.

She tends to the turkey once again,

She is startled when his legs become untucked

as if wanting to run, one last time, from the shallow pan.

Meticulously she binds them, tighter this time,

then shoves the whole damn turkey into the oven.

While attending a poetry session at a Writer’s Conference a few weeks ago, we were challenged to write a poem about someone’s kitchen, but not our own. We were to make it feel like a comfort spot for the subject. We were to incorporate the words “tenderly”, “into the oven” and “dead”; and introduce someone new, either real or imaginary, halfway through the poem. In the last sentence, we were instructed to use a word we wouldn’t ordinarily use (guess which one that is)! This is the result of that challenge.

11 thoughts on “Thanksgiving in Hannah’s Kitchen”