I knew it would come – the final day of exploring and cruising the Rhine! At 8:00 AM we arrived in Breisach, Germany; a town known for its sweeping views of the Rhine valley. It was a difficult decision, but rather than tour Breisach in depth, we took an optional trip to the Medieval village of Colmar instead. Turns out Colmar was one of my favorites!

The Viking brochure calls Colmar, France “a canal-lined Medieval gem”, and rightly so. With its 9th-century streets, 13th-century churches and original Old Town, it’s a storybook come to life. I’ve never seen such a colorful and charming place! In every direction was a photo waiting to be taken. My camera and I were very busy! 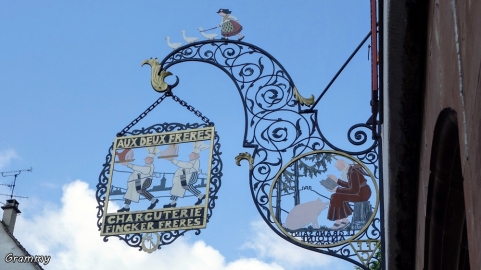 Our Viking guide led us through town, a labyrinth of cobblestone alleys and flower-laden canals with 1000 years of history mingled in. We walked through the tanner’s district, passed the Pfister House built in 1537, and on to the Schwendi Fountain, sculpted by Frederic Auguste Bartholdi. Bartholdi, creator of the Statue of Liberty, was born in Colmar in 1834. The house where he was born is now a museum dedicated to presenting and preserving his work. 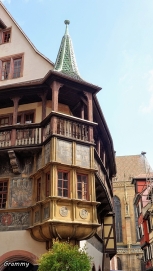 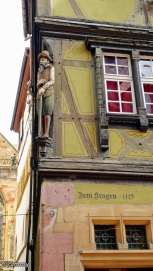 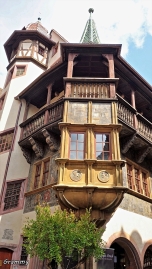 We walked to St. Martin’s, the largest church in Colmar. Construction of the church originally began in 1237, but it has been restored many times since then. It retains its honey-colored exterior and single bell tower. As in Strasbourg, storks seem to flock to Colmar in the Spring. We could see a large stork nest on the roof of St. Martin’s, complete with a momma stork and her babies (see right corner of roof)! 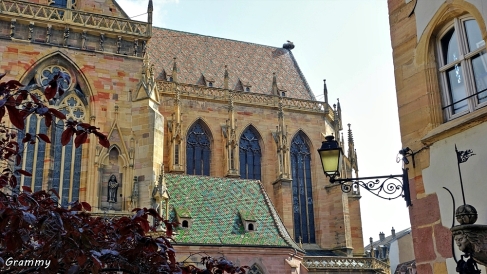 With instructions on where to meet later, our guide left us with free time in the “Little Venice” quarter. The neighborhood was once a rural area, so the canals here are bordered by original houses formerly owned by wine producers, boatmen, and flower and produce merchants. The bright colored houses are now restaurants, wine bars and specialty shops with the most unique little store fronts you’ll ever find. 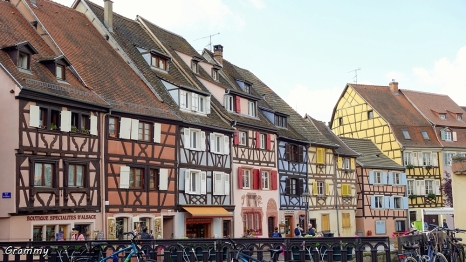 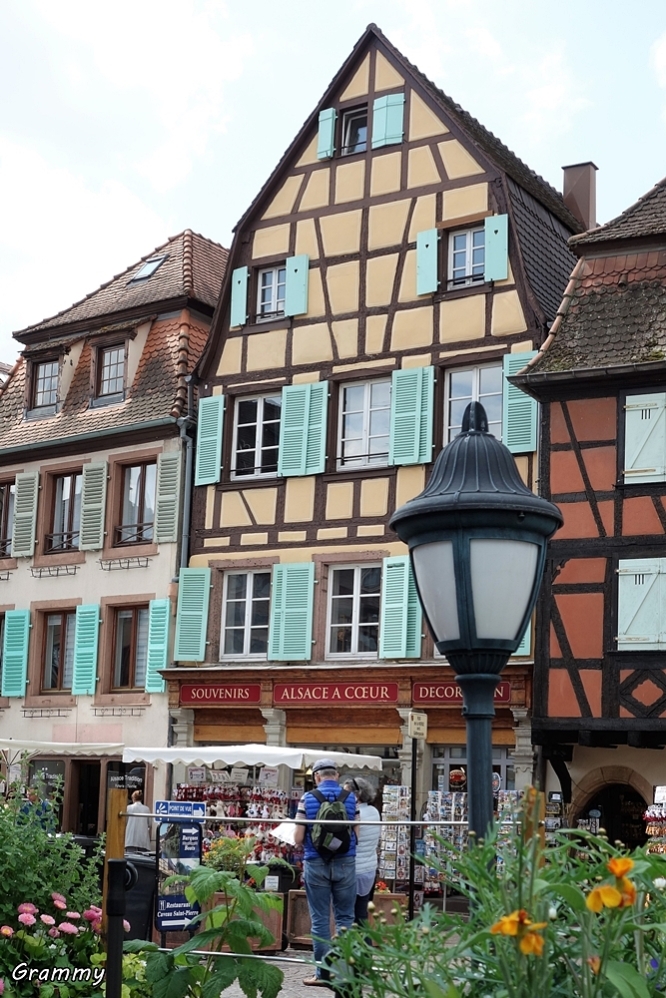 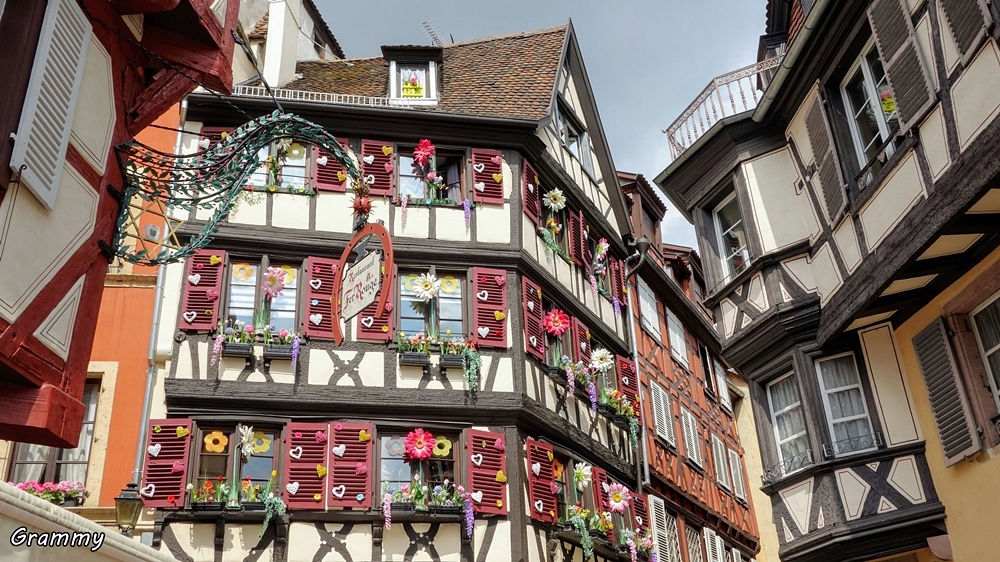 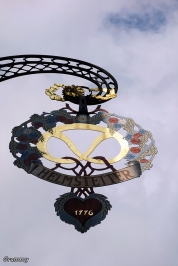 We successfully met up with our tour group at the intersection of Colmar’s two major roads from back in the medieval days, now a popular square with quaint surroundings. 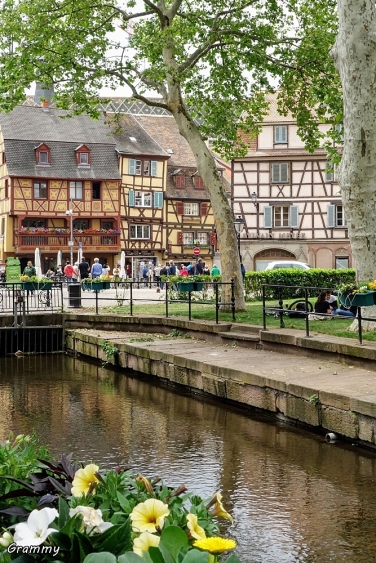 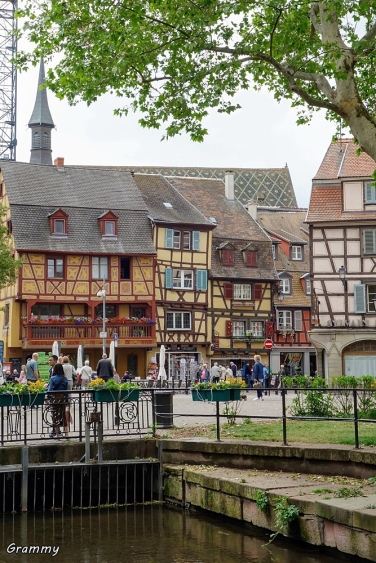 Our guide led us to the bus, which then delivered us to the Lofn, where a flock of swans joined us for lunch. It was our last lunch of the trip and I remember it well. Why? Black Forest Cake for dessert! How appropriate, since our afternoon excursion was to the Black Forest! 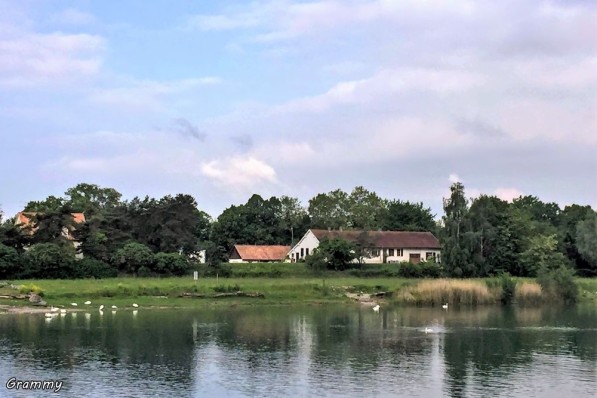 Thick woods, grassy meadows and misty waterfalls shadowed by a canopy of evergreens… that pretty much describes the Black Forest! Our bus tour took us through several wine-producing villages on our way to the deep, dark woods. At the visitors center we were invited to attend a cuckoo clock demonstration, watch a pastry chef make Black Forest Cake, and take a little stroll into the forest. We couldn’t go far since Hansel and Gretel weren’t with us and we didn’t bring breadcrumbs to mark the way! We returned to the ship via Freiburg, a major university city where we got stuck in late rush hour traffic. 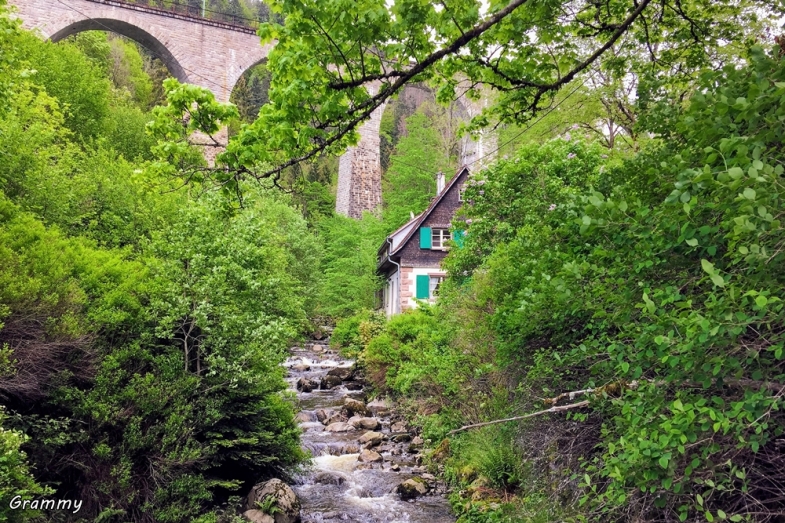 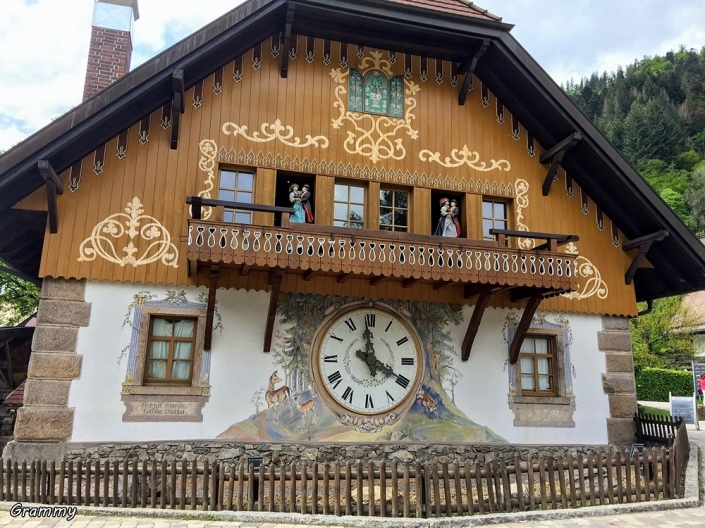 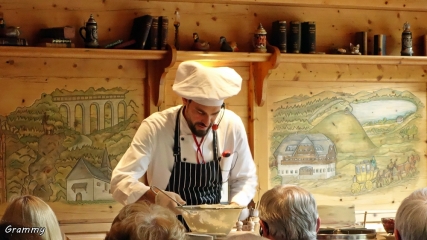 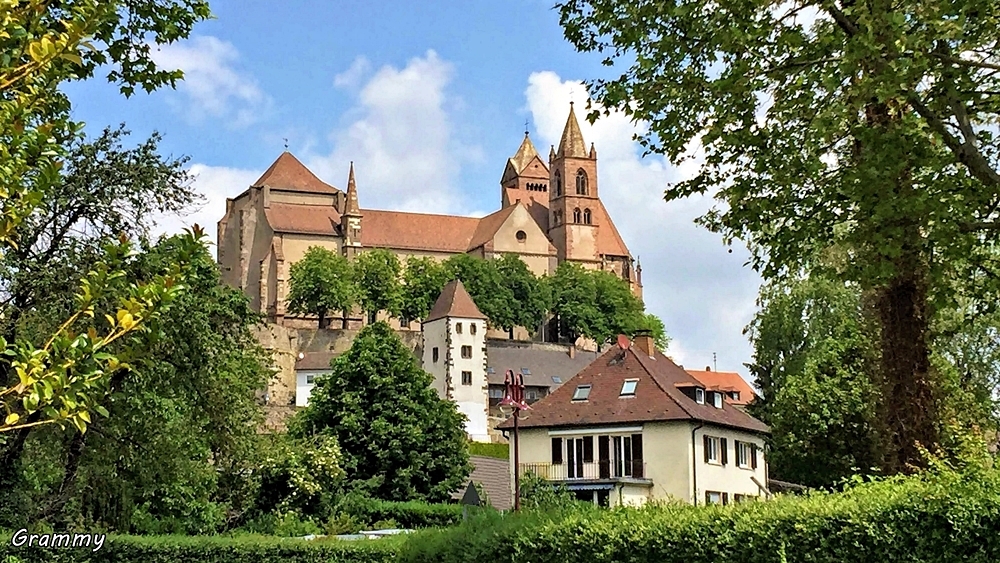 The ship cast-off from Breisach at 6:00 PM and headed for our final port of Basel. The evening was filled with celebration, starting with the Captain’s Cocktail Party and a final farewell from our Program Director, Emilie. Emilie was wonderful… always a smile, always a kind word, and always THERE! Dinner was also a celebration. It was a chance to say goodbye to the staff and crew, and to the friends we had made on our shared journey. After a final walk around the upper deck at sunset, we headed to our room to pack for home. 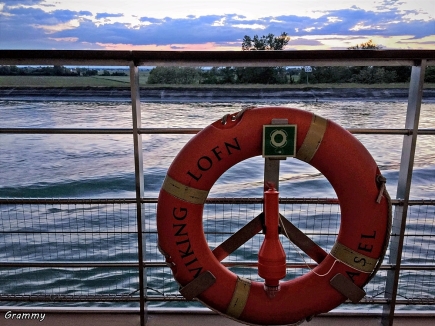 The Viking Lofn arrived in Basel, Switzerland at 2:00 AM, and by 8:20 AM we were on a bus to the airport. Sadly, our flight schedule did not allow us time to visit Basel, nor did we take the optional extension to Lucerne like so many of our fellow travelers. But that’s OK, we hope to make another trip to the region someday. We also hope to travel with Viking again! 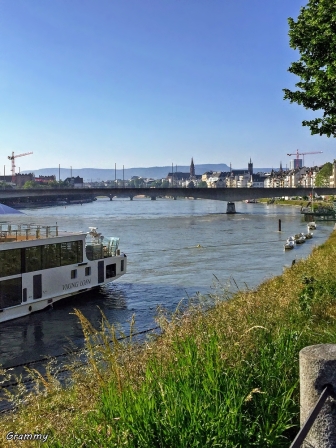 I looked back towards our ship as the bus pulled away. Who did I see? Program Director Emilie was standing there waving goodbye! Like I said, she was ALWAYS there!