Last weekend my husband and I visited Tallgrass Prairie National Preserve near Strong City, Kansas. It sits in the heart of the Flint Hills, midway in the 3-hour drive between my house and my sister’s. We have passed the turnoff for it many times over the years but have never stopped. We made a point to do just that on the way home from our last visit.

Tallgrass Prairie National Preserve joined the roughly 420 other parks in the National Park System in 1996. The 10,894-acre preserve is a significant example of the tallgrass prairie ecosystem that once covered 140 million acres of North America. Today the park not only protects the grassland, but it preserves a unique collection of ranch buildings dating back to 1878.

The first thing you notice upon entering the park is a massive three-story limestone barn. At one time it housed livestock, equipment, and enough grain and hay to feed the animals during winter months. Near the barn are remnants of limestone fencing and cattle corrals, representing a time when the cattle industry went from open range to closed. Over 30 miles of stone fence that once surrounded the 7,000-acre ranch still exists. 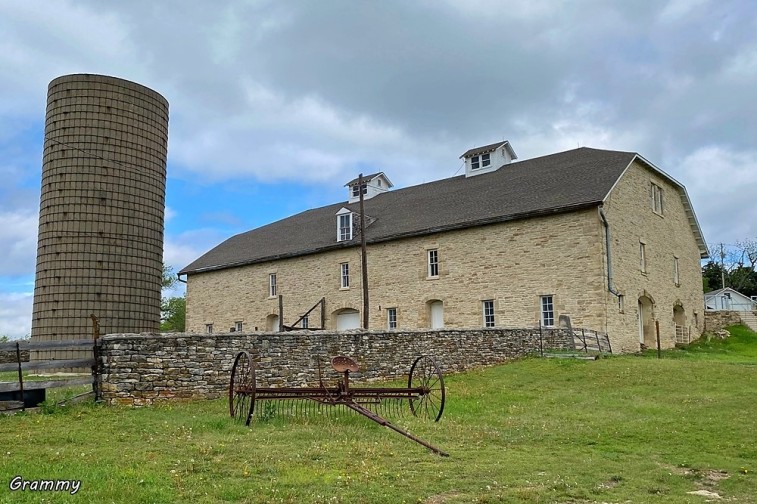 Numerous outbuildings are scattered between the barn and the main house, including a chicken house, scratch shed, carriage house, curing house, icehouse and outhouse.

The farm’s stone mansion is a classic Second Empire style house built in 1881. It is located near the foot of a hill to provide natural protection and to tap into spring water that was piped in through an intricate underground system. It is currently undergoing renovations, and I am curious enough to see the inside to warrant another visit when completed. 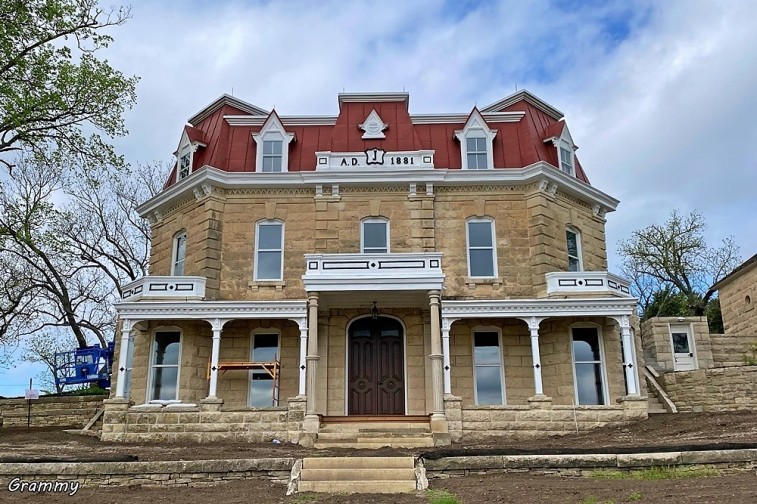 My favorite structure inside the park is a charming little one-room schoolhouse built by the original owners of the ranch, Stephen and Louisa Jones for their daughter Loutie to attend. The building was completed in 1882, but the first full school term didn’t begin until September 1, 1884. The school is referred to as the Lower Fox Creek School and is a half-mile walk from the main house. 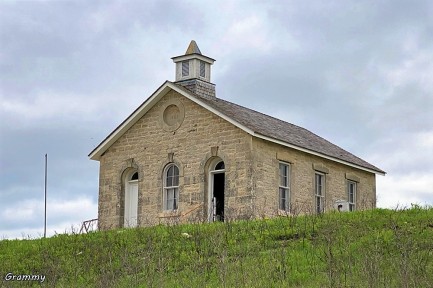 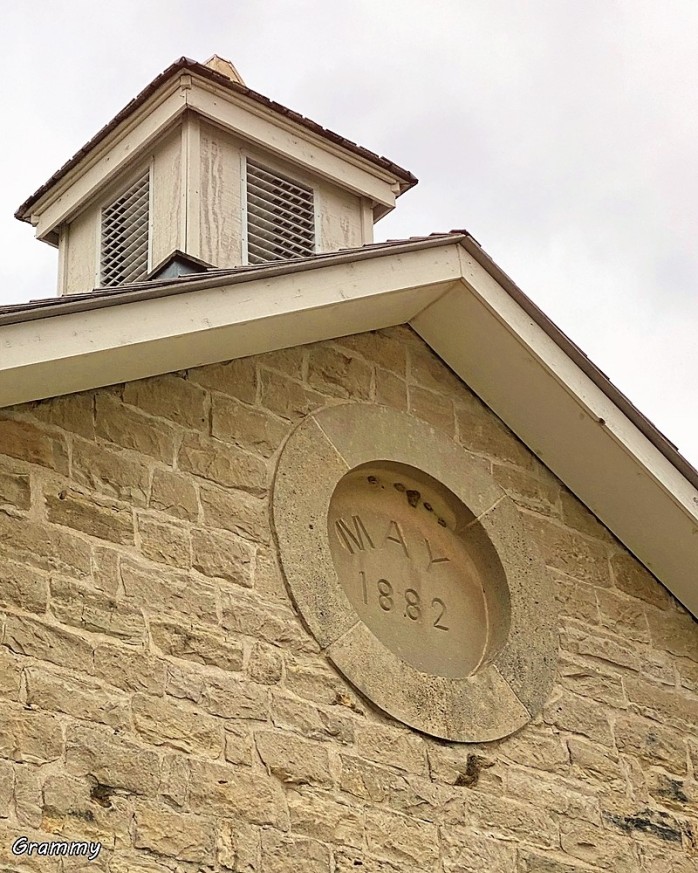 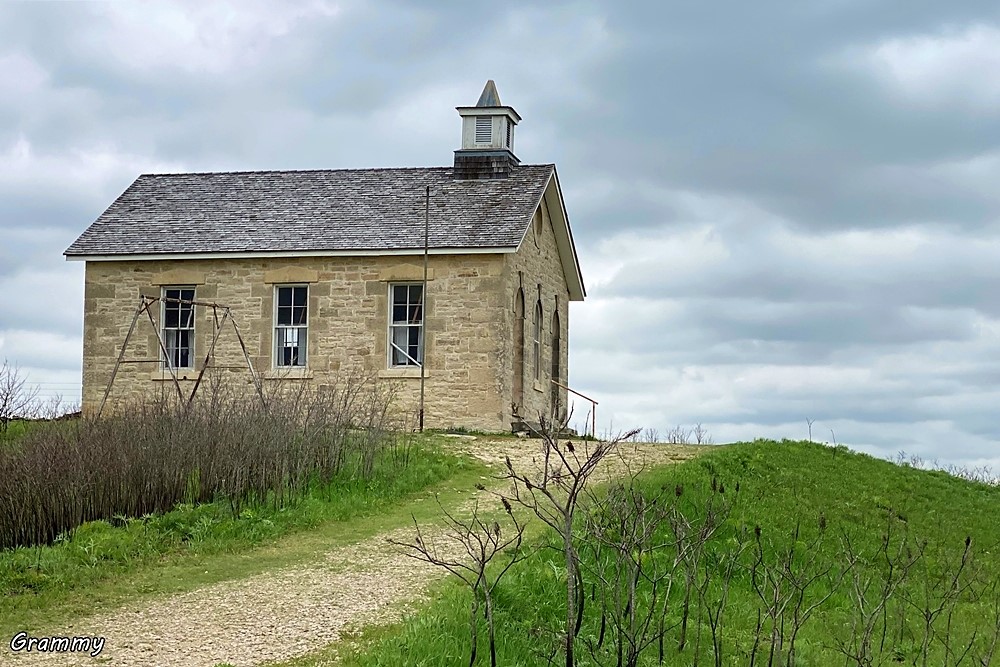 More than just a ranch and schoolhouse, the Tallgrass Prairie Preserve is nearly 11,000 acres of pure Mother Nature! With beautiful vistas, wildflowers, wildlife, catch and release fishing, a bison herd (which was hiding when we were there) and over 40 miles of hiking trails, this national park has plenty of wide-open space to enjoy. We regret not having discovered this little gem sooner, but we’ll be back! 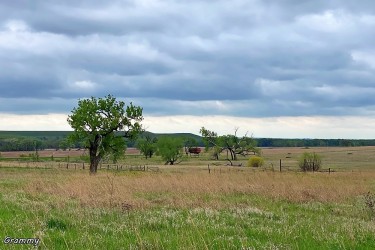 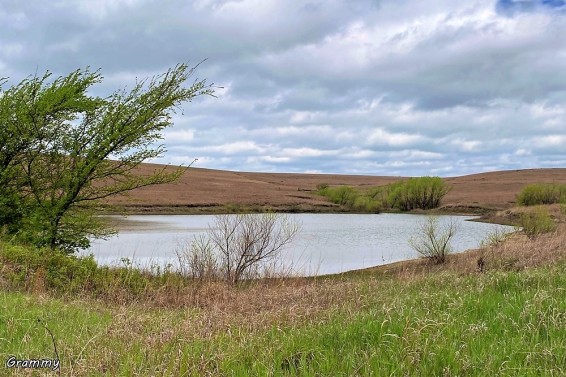