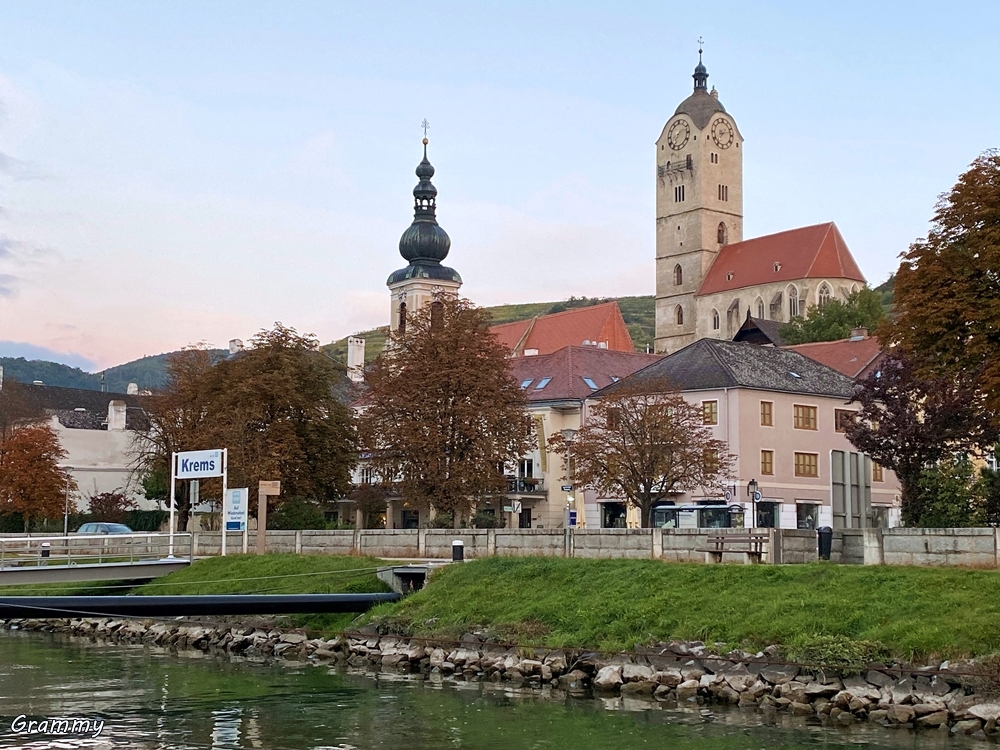 The approach to Krems, Austria was stunning!

The very best part of river cruising is the scenery along the way and the thrill of drawing near a new port. You see it in the distance as a tiny speck which grows and grows as you approach until finally you are docked at the doorstep of a new adventure. We set sail at noon from our embarkation location outside Budapest. It took all afternoon and night to reach Vienna by 9:30 am. We have been to Vienna before, but we entered the city by cab from the airport, not from a ship on the Danube River. I much prefer by river! 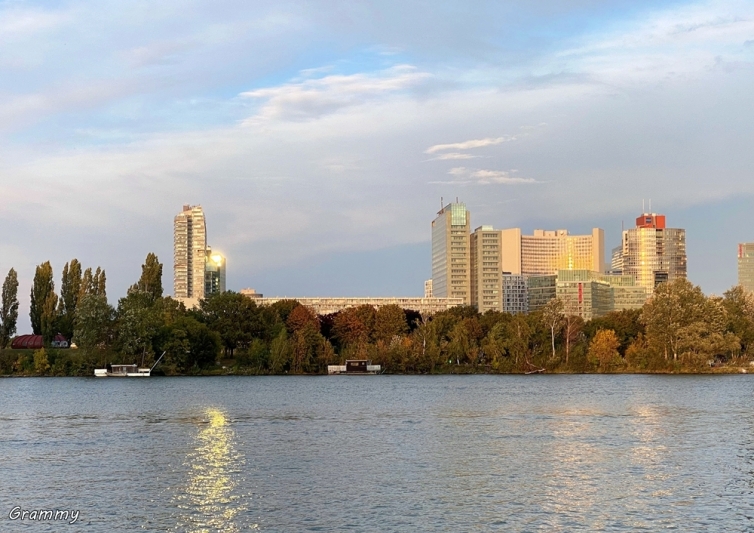 Our morning excursion took us around the Ringstrasse, a boulevard that replaced the old city walls in the mid-19th century. We saw elegant public buildings, grand residences and imposing palaces before stopping at St. Stephen’s Cathedral. The cathedral is a Gothic masterpiece crowned with a gleaming spire and colorful roof tiles. The focal point once inside is the High Altar. It represents the stoning of the church’s patron St. Stephen and is one of 18 alters in the main part of the church. A bit of repair and maintenance deterred only slightly from the magnificence here. 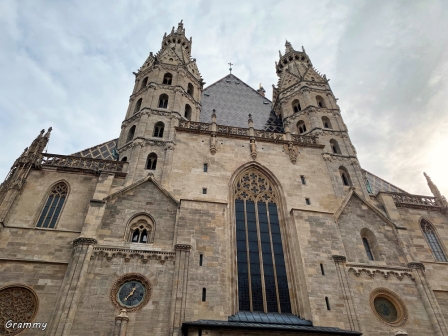 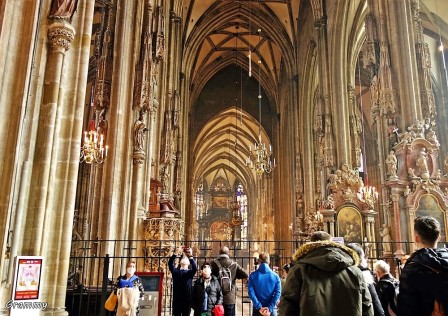 And who doesn’t enjoy the horse carriages that gather outside the cathedral in hopes of enticing tourists to go for a ride? “Pick me!”, they seem to say. There’s almost no cozier way to see Vienna’s most famous inner-city attractions.

We returned to the ship for lunch. Let me just pause here to tell you about Covid protocols onboard our Viking ship. You needed proof of vaccination and a negative PCR test just to board. The moment you reached your stateroom, you were tested again, as well as every morning thereafter. The onboard tests were saliva tests, and if anyone tested positive, they would immediately be removed from the ship. (Fortunately, that didn’t happen to anyone!) They also required you to wear a mask on board unless eating, drinking or on an outside deck. So, imagine my surprise when the only way to get back into Vienna for the afternoon was to use public transportation! They suggested the subway because it was inexpensive and easy to use. So much for the safety of the Viking bubble! On our Rhine Cruise with Viking in 2019, they always provided a shuttle if not docked within walking distance. I was slightly nervous, but we did indeed take the subway and returned to the city for an afternoon of sightseeing.

Headed for the subway in Vienna!

Once off the subway, we weaved our way through the timeless streets of this old European city. We passed the Hofburg Palace, the Spanish Riding School, the Albertina Art Museum, the Prinz Eugen Statue, Maria Theresia Square, and the Capuchin Church, just to name a few.

Vienna is such an impressive city that we docked there overnight. Many chose to explore Vienna for a second day, but since we had been there before, we took the optional excursion by bus to Bratislava, the capital of Slovakia… and it was awesome! 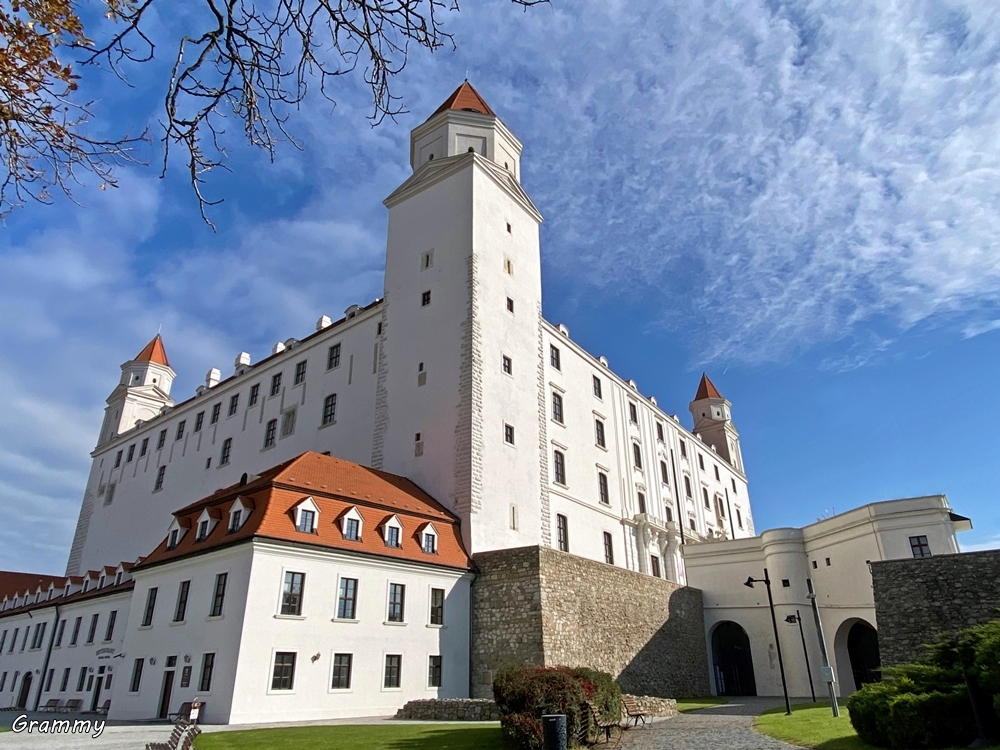 Bratislava Castle dates back to the 9th Century

Our first glimpse of Bratislava was from the majestic castle which sits on a hill above the Danube River and offers gorgeous views of the city skyline. Bratislava Castle Hill was settled more than 5,000 years ago due to its perfect strategic location. The castle covers an area the size of seven football fields. The wind was so fierce on top of the hill it was hard to hold a camera steady! 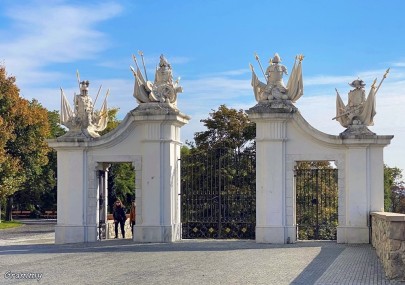 Our walking tour started once we descended into Old Town. We saw the Town Hall complex, the fortifications at Michael’s Gate, the Baroque Holy Savior Church and the Gothic St. Martin’s Cathedral. We had lunch at a restaurant in the lovely town square and enjoyed some free time before heading back to our ship. 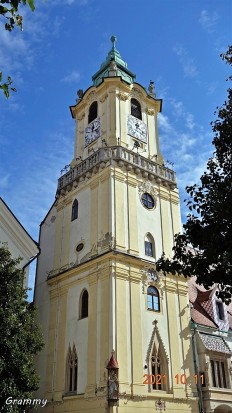 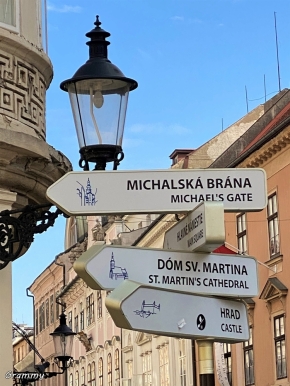 That evening we returned to Vienna where classical music never stops. We attended a Mozart & Strauss Concert… very fitting since both composers wrote some of their finest pieces here. The concert took place in a historic venue with beautiful Strauss waltzes and selections from Mozart’s The Magic Flute. The musicians were outstanding! The magic continued with a scenic drive back to the ship through a dark and illuminated Vienna. 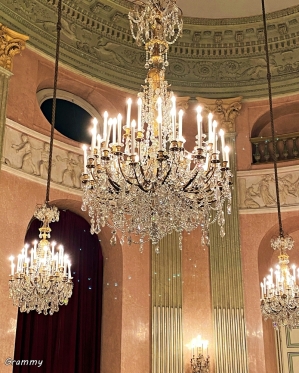 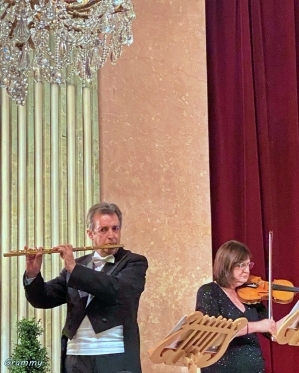 After breakfast the next day, we docked in Krems, Austria and set off for Gottweig Abbey. The abbey owns many of the vineyards along the Danube, and they welcomed us with a glass of sparkling apricot wine. We toured the church at Gottweig Abbey, a masterpiece of baroque architecture which has a colorful, ornate interior. The imperial stairwell at the abbey’s museum has one of the largest and most spectacular ceiling frescoes in the world. Before we left, we bought apricot jam and wine from the monks who live and work here. Gottweig Abbey was one of my favorite tours! 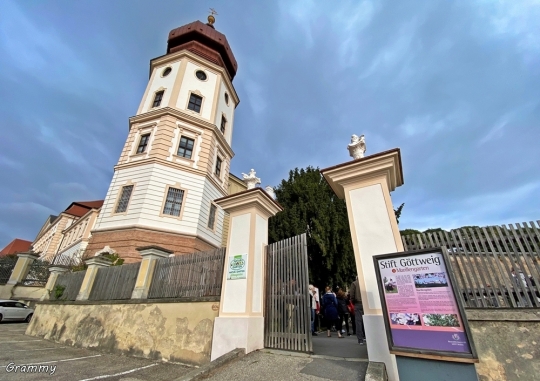 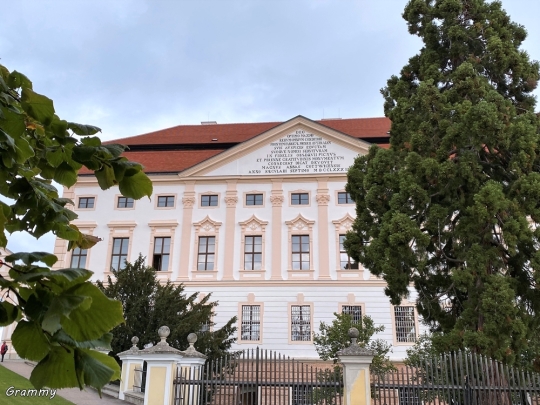 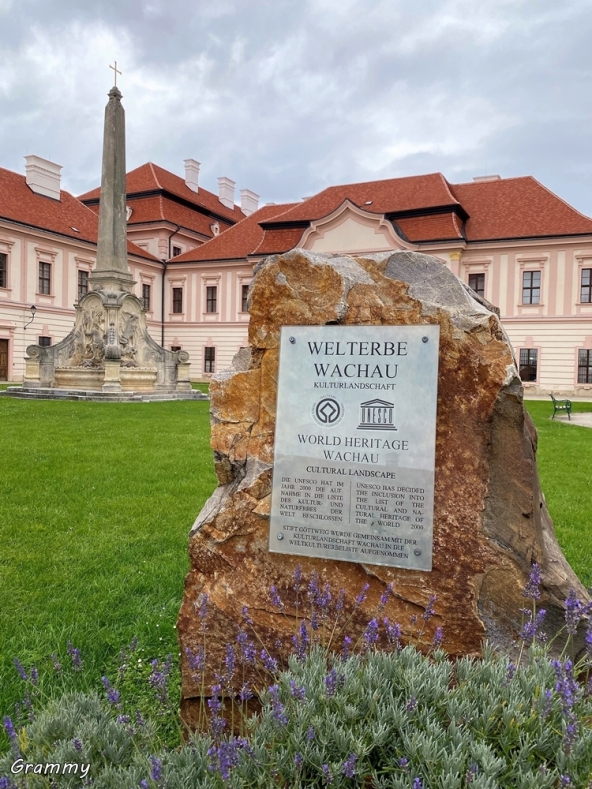 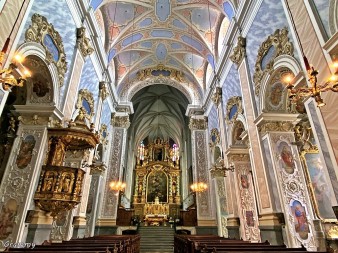 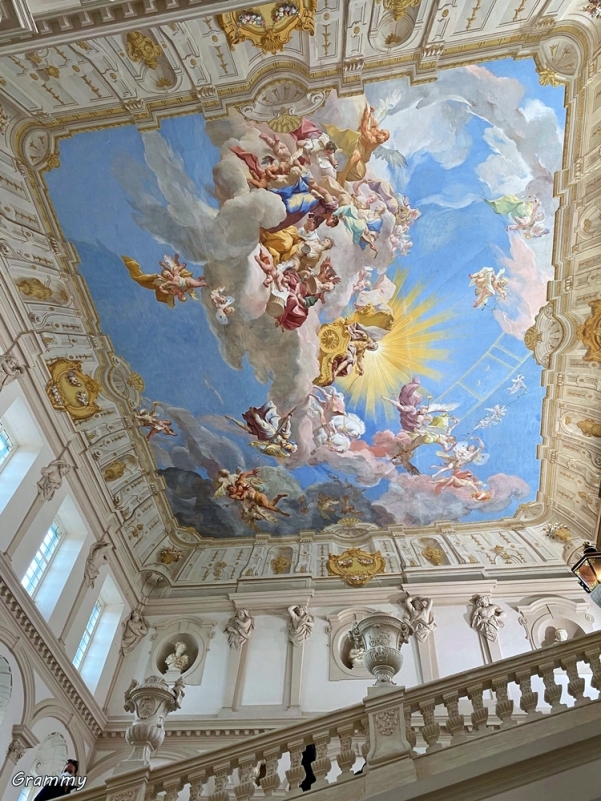 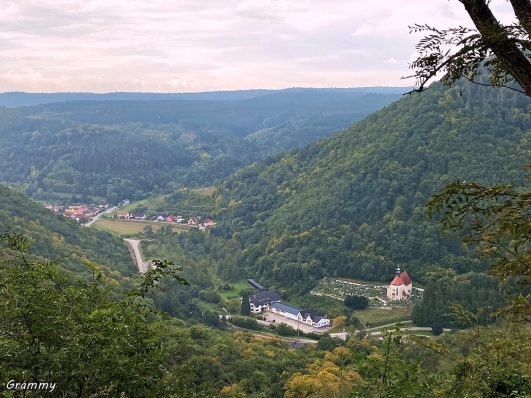 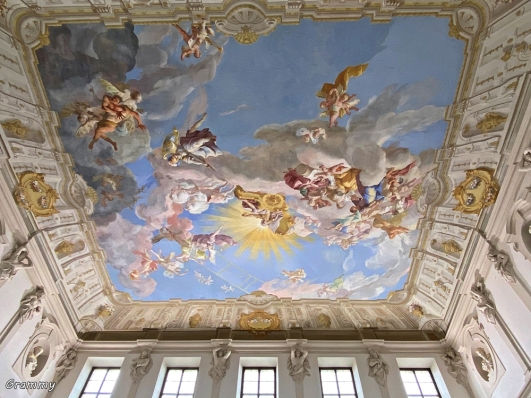 Grape vines growing on the walls at Gottweig Abbey 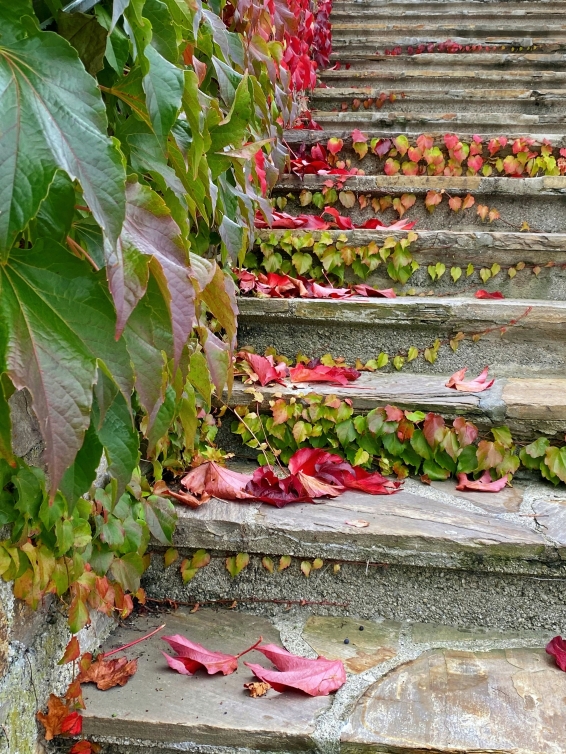 When we re-joined the ship for lunch, it was time for a leisurely cruise through the captivating Wachau Valley, a UNESCO World Heritage Site, where picturesque towns and castle ruins could be seen along the way. We were a few weeks early for prime fall foliage viewing, but we thoroughly enjoyed sailing through scenic Austria. 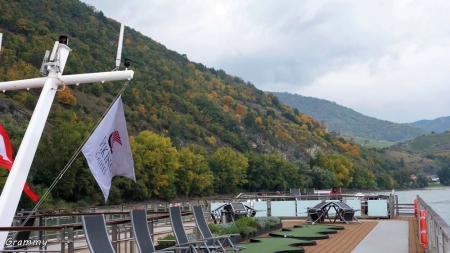 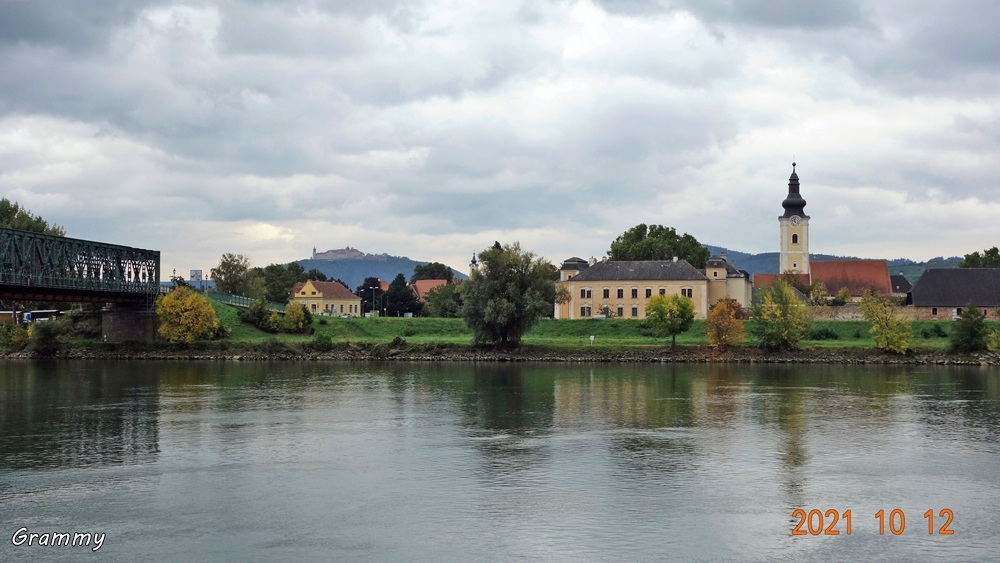 Next up in this series is Passau, Regensburg and Nuremberg, Germany!

View the first post in my Danube journey series here: Our Time in Budapest

As always, if you receive this post by email, please view it on my blog for proper formatting of photos.